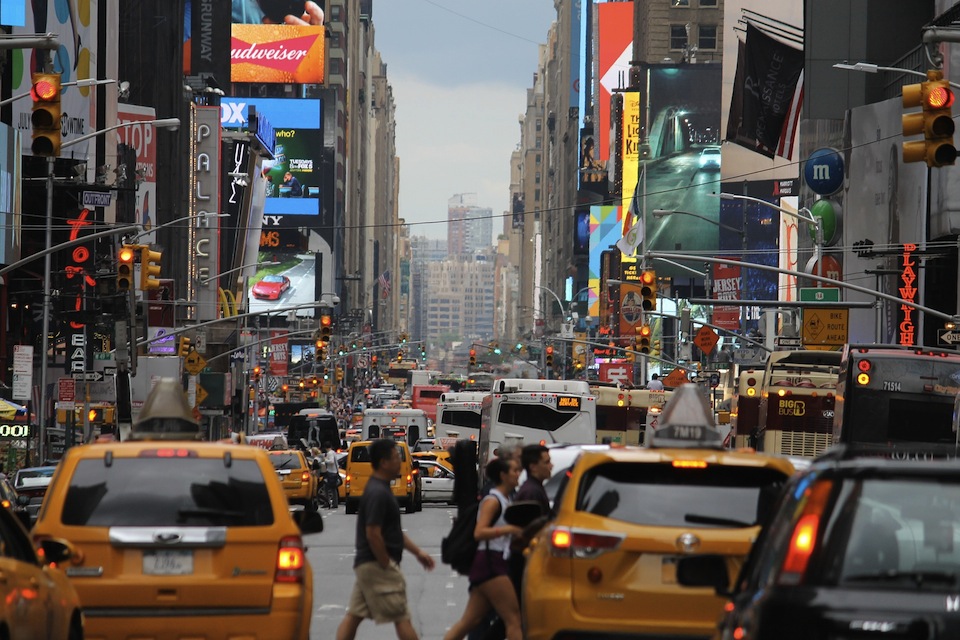 In the State of New York the highest posted speed limit is 65 mph (105 km/h), found only on limited-access freeways (including some state highways, most of the New York State Thruway and select Interstate Highways). The default speed limit, posted as the “State Speed Limit”, is 55 mph (89 km/h), which is in effect unless otherwise posted or in the absence of speed limit signs.

The New York State Department of Transportation usually sets speed limits in the state. Counties and most towns must petition DOT to change a speed limit. State law allows villages, cities, towns with more than 50,000 residents, and certain towns defined by law to be “suburban” to set speed limits on state, county, and local roads within their borders.

New York law allows area speed limits. An area speed limit applies to all highways within a specified area, except those specifically excluded. The area may be an entire municipality, or only a specific neighborhood. The defined area may also be the grounds of a school, hospital, or other institution. Area speed limits are signed at their perimeters with signs reading “Area Speed Limit” and the speed limit value shown below. “Area” may be replaced with a term that more precisely defines the area boundaries, such as “Town”, “City”, “Park”, “Village” or “Campus”.

Normally, the end of a lowered speed limit is marked with a sign reading “State Speed Limit 55” (89 km/h), indicating that the statewide speed limit applies. In areas where a curve or other road condition makes the state speed limit inadvisable, a sign reading “End XX m.p.h. Limit” may be used, with XX replaced with the speed limit value. A “State Speed Limit 55” (89 km/h) sign should be installed after a curve. This sign is sometimes misused in locations where the speed limit changes to a speed other than 55 mph (89 km/h). This is mainly applied on both undivided and divided rural non-freeway routes. Though rarely seen, some divided roadways are set as low as 45 mph (72 km/h) but mainly stay at the state speed limit of 55 mph (89 km/h).

New York’s Criminal Procedure Law prevents law enforcement personnel from issuing a ticket for any offense that they did not witness personally, meaning that, among other ramifications, the state’s electronic toll collection system can not be used for speed enforcement.