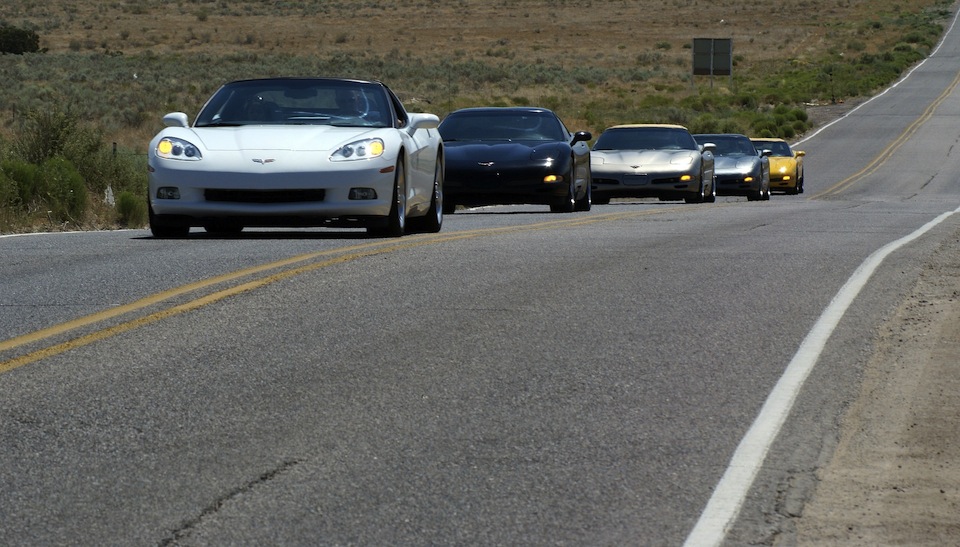 In New Mexico the maximum speed limit is 75 mph (121 km/h). Signs are posted on the majority of the mileage of Interstate routes to that effect. The default speed limit for any road where no speed limit is posted is 55 mph (89 km/h).

New Mexico has six major freeway facilities, which include three lengthy Interstate routes. Part of US-70 (as a divided highway) between Las Cruces and Alamogordo is the only section of non-Interstate route as well as being the only road in New Mexico that’s not a freeway to have the 75 mph (121 km/h) limit; New Mexico, Nevada (US 95 south of US 93), and Texas are the only three states with 75 mph (121 km/h) limits on roads that aren’t freeways. There is no statutory requirement for reduced speeds on urban freeways so that, for example at Santa Fe and Las Vegas the speed limit remains 75 mph (121 km/h) on I-25. New Mexico and Texas are the only two states to have a speed limit greater than 70 mph (113 km/h) in urban highways. Nonetheless, there are 65 mph (105 km/h) limits on freeways in more heavily urbanized areas such as Albuquerque and Las Cruces. Other reduced speed limits do exist, but the lowest speed limit under normal conditions on New Mexico’s freeways is 55 mph (89 km/h), which can be found on two sections of Interstate 25: the first section being three miles from the Big I to Gibson Boulevard in Albuquerque, and the second being a short stretch near Raton Pass. These particular stretches of I-25 were originally built as relocations of US-85, whose design and construction predate the interstate highway era. As such, these stretches do not meet modern interstate highway standards, and have closely spaced interchanges, sharp curves, and/or limited sight distances.

By statute, other state maintained roads may have speed limits of up to 75 mph (121 km/h). Four-lane divided highways in open areas often have 65 mph (105 km/h) speed limits, with some 70 mph (113 km/h) speed limits, such as almost the entire length of US 550 from Bloomfield to Bernalillo.

Most primary two-lane highways without parking shoulders in open and mixed rural areas still have a 55 mph (89 km/h) speed limit, but some have 60 mph (97 km/h) limits.

A 65 mph (105 km/h) left lane minimum speed limit is sometimes indicated on 75 mph (121 km/h) roads with steep grades, “slower traffic keep right” is also in effect. On one-way roadways state law reserves the left and center lanes of two or more lanes for passing. There are reduced advisory speed limits for some roads during poor weather. Speeding fines are doubled in construction zones and designated safety corridors, with signs often stating this. There are no longer night speed limits, nor are there any differential speed limits for heavy trucks.

The speed limit on NM 502 between San Ildefonso Pueblo and Pojoaque Valley High School is 55 mph (89 km/h). On Highway 68, the speed limit is 60 mph (97 km/h) on much of the four-lane stretch between Española and Velarde.

Minimum 65 mph (105 km/h) left lane signs are posted on I-40 west of Albuquerque, a night speed limit of 30 mph (48 km/h) is posted on State Highway 7 west of White’s City going into Carlsbad Caverns.

There are two other statutory speed limits in New Mexico that are often altered, especially on urban arterials or even city or countywide: 30 mph (48 km/h) in a “business or residence district” and 15 mph (24 km/h) near schools at certain times. Truck speed limit signs are rarely posted.