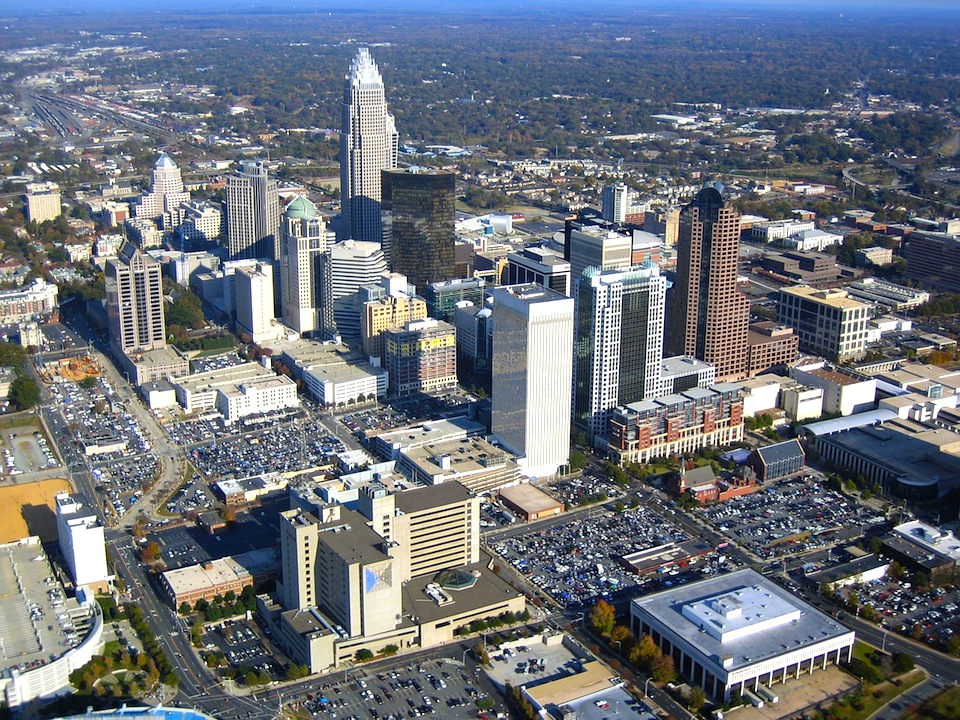 In North Carolina the maximum speed limit of 70 mph (113 km/h) it applies to many rural interstate highways in the state, as well as several non-interstate freeways and is relatively uncommon in much of metropolitan North Carolina. Along rural primary and secondary roads outside municipal limits, the statutory speed limit is 55 mph (89 km/h) unless otherwise posted. There is a default minimum speed limit on Interstate and primary highways only when signs are present. The minimum is 40 mph (64 km/h) if the maximum is 55 mph (89 km/h). The minimum is 45 mph (72 km/h) if the maximum is at least 60 mph (97 km/h). These minimums do not apply to vehicles that are towing other vehicles.

Inside the municipal limits, the statutory speed limit is 35 mph (56 km/h) unless otherwise posted. The downtown statutory speed limit is 20 mph (32 km/h) unless otherwise posted. “Reduce Speed Ahead” (RSA) signage is the norm whenever the speed limit drops at any level. Note that the North Carolina Department of Transportation uses the imperative verb “reduce” instead of the adjectival form “reduced” that is standard in other states, although some municipalities now use “reduced” in their signs. In addition, a speed limit drop of 15 mph (24 km/h) or greater normally includes a second warning sign after the RSA. For example, in a 55 mph (89 km/h) zone, a sign prior to the RSA sign would say “BEGIN 35 1000 FEET AHEAD” and then the 35 mph (56 km/h) posted speed limit. Three to eight lane boulevards with or without center turn lanes, range from 35 mph (56 km/h) to 50 mph (80 km/h) within municipal limits statewide.

Four-lane freeway-grade highways are generally posted at 65 mph (105 km/h) through the state of North Carolina.

60 mph (97 km/h) speed limits along non-freeway segments are growing in popularity and have replaced 55 mph (89 km/h) limits on several boulevard and expressway segments throughout the state.

The state park speed limit is 25 mph (40 km/h) unless otherwise posted. These are not limited to places such as Hanging Rock State Park and Mount Mitchell State Park. The Blue Ridge Parkway is 45 mph (72 km/h). However, there are occasional 35 mph (56 km/h) stretches. The National Park Service is responsible for highway maintenance and speed enforcement on the Parkway.

The county governments of North Carolina do not have any control over speed limits or any other aspect of road operation, as there are no county roads in the state. Municipalities, on the other hand, can set speed limits on city-controlled roadways, subject to applicable state laws. Freeways and expressways with no primary route number are part of the state secondary road system and bear route numbers of 1000 or greater. Their maximum posted speed limit is 55 mph (89 km/h) with four exceptions.

Non-Interstate Freeways (US Highways) with 60 mph (97 km/h) speed limits are found along on the US 1 Henderson Bypass; US-23 Waynesville Bypass; US 64 over the Virginia Dare Memorial Bridge between Manns Harbor and Manteo; US 74 Laurinburg bypass and in Brunswick County from the Leland Industrial Park to NC 133; US 301/Business 95 between Fayetteville and Eastover; the US-311 High Point Bypass and the US-401 Fayetteville bypass.

There are only two State Secondary Road freeways in the state that have a 60 mph (97 km/h) speed limit: the Wade Avenue Extension and Aviation Parkway – which are both in Raleigh.

North Carolina as well as other states operates a Safe Driving Incentive Plan (SDIP), a program that leads to insurance surcharges for moving violations based on a point system. In general, for speeding violations less than 10 mph (16 km/h) over the posted speed limit in a speed zone less than 55 mph (89 km/h), one point is assessed; two points are assessed for exceeding 10 mph (16 km/h) over the limit or speeding in a zone with a speed limit of greater than 55 mph (89 km/h).