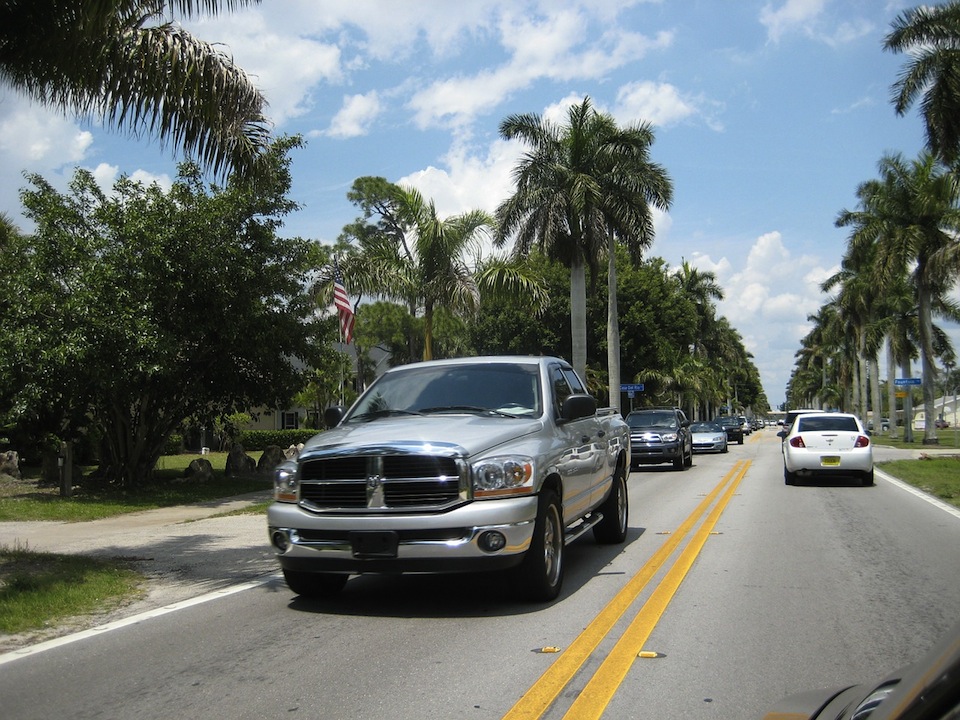 In Florida the maximum speed limit of 70 mph (113 km/h) is posted on freeways, including rural Interstate Highways, some urban highways including I-4 in Lakeland, I-75 in Tampa and Miami, Florida (where I-75 ends), and rural limited access toll roads. 65 mph (105 km/h) is typical on rural four-lane highways (such as US-19 north of St. Petersburg, among other US Highways) as well as most urban freeways and tollways.

Rural two-lane roads typically have a speed limit of 55 mph (89 km/h) – the default limit for such roads – although Florida Department of Transportation is permitted to post 60 mph (97 km/h) on appropriately-suited highways. This is typically done on very rural state roads (such as FL-471) and US Highways (such as US-98 along most of the state’s panhandle).

Florida typically does not post night speed limits, but there are a few exceptions. For the most part, these night time reduced speeds are located in wildlife preserves for such endangered species as the Florida panther and the key deer. Most of the Tamiami Trail through the Big Cypress National Preserve has a 45 mph (72 km/h) night speed limit. On some stretches of road where the speed limit is reduced at night, the daytime speed limit sign is non-reflective, such that at night, only the night limit is visible.

Florida also does not impose lower truck speed limits. As such, all traffic is permitted to travel at the same speed.

School zones in Florida usually have 10 mph (16 km/h) to 20 mph (32 km/h) limits. Most have flashing yellow lights activated during the times they are in effect as well as accompanying signs that post the times these reduced speed limits are effective. All are strictly enforced and carry an increased penalty for violations.