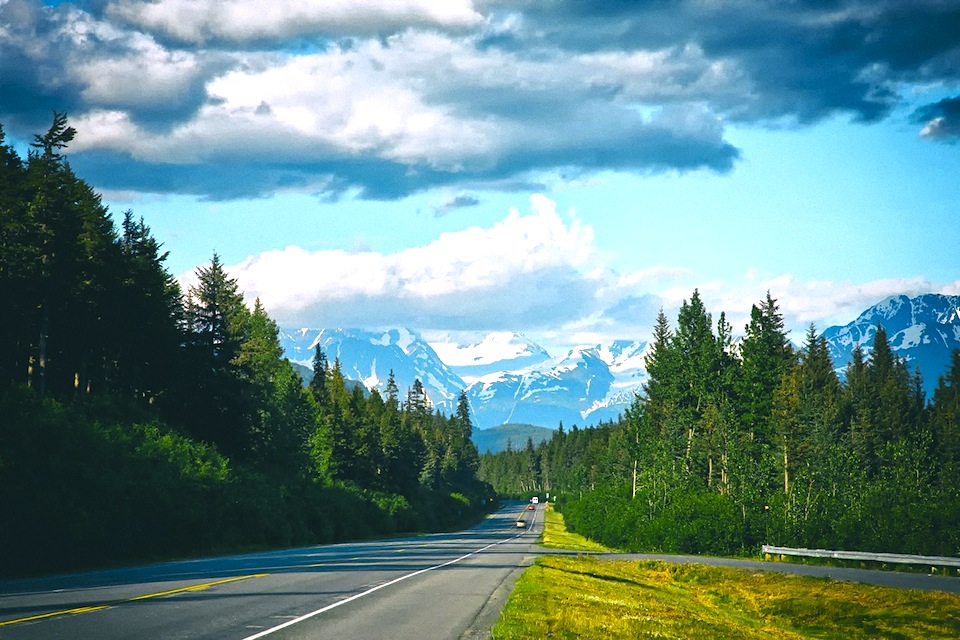 In Alaska speed limits for several roads are posted at the maximum speed limit of 65 mph (105 km/h): a majority of the Parks Highway between Fairbanks and Willow (excepting slower zones through Nenana, Denali Park, Cantwell, and Healy), most of the Richardson Highway between Valdez and North Pole, a 35-mile stretch of the Glenn Highway between Wasilla and Anchorage, the Seward Highway freeway in Anchorage between 36th Avenue and Rabbit Creek Road, and other non-freeway parts of the Seward Highway farther south.

The Alaska Vehicle Code is the rule book for all things having to do with motor vehicles, roads, and, driving. It can be found under Title 28 of the Alaska Statutes.

Speed limit on A-1 in Alaska

Speed limit on A-2 in Alaska

Speed limit on A-3 in Alaska

Speed limit on A-4 in Alaska

Most of the lengths of the Interstates in Alaska are not constructed to Interstate Highway standards, but are small, rural, two-lane undivided highways.

A person who drives a motor vehicle in the state in a manner that creates a substantial and unjustifiable risk of harm to a person or to property is guilty of reckless driving. A substantial and unjustifiable risk is a risk of such a nature and degree that the conscious disregard of it or a failure to perceive it constitutes a gross deviation from the standard of conduct that a reasonable person would observe in the situation.

A person convicted of reckless driving is guilty of a misdemeanor and is punishable by a fine of not more than $1,000 or by imprisonment for not more than one year or by both.

The Alaska Vehicle Code can also come in handy if you are attempting to settle with an insurance company over a minor traffic accident, or if you received a ticket and wish to go to court rather than simply pay the fine, especially in a case where you feel like you did not break the law.