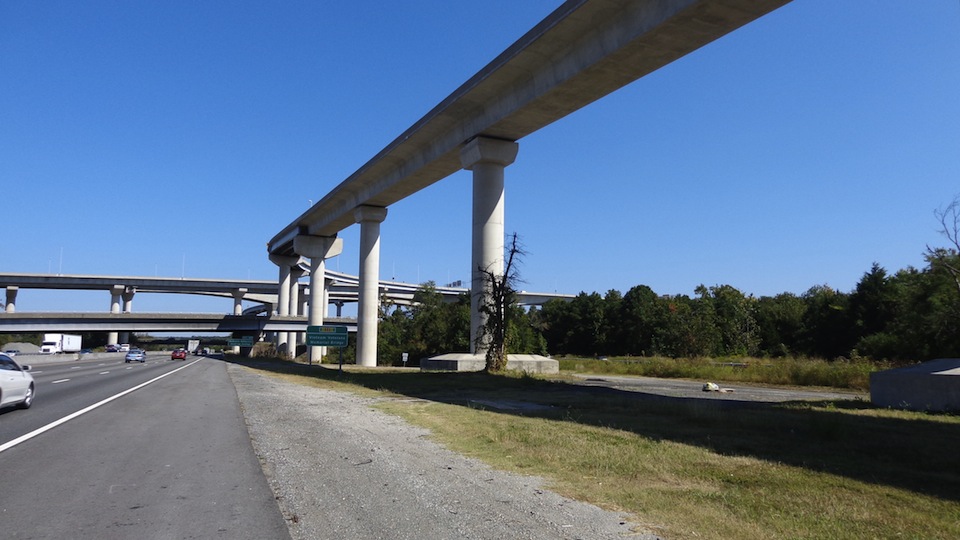 In Virginia the maximum speed limit of 70 mph (113 km/h) is posted on a portion of US-29 near Lynchburg. The default speed limit is posted at 55 mph (89 km/h) on interstate highways or other limited access highways with divided roadways, nonlimited access highways having four or more lanes, and all state primary highways. The maximum speed limit on all other highways is 55 mph (89 km/h) if the vehicle is a passenger motor vehicle, bus, pickup or panel truck, or a motorcycle, and 45 mph (72 km/h) if the vehicle is a truck, tractor truck, or combination of vehicles designed to transport property, or is a motor vehicle being used to tow a vehicle designed for self-propulsion, or a house trailer. Virginia is the only state that prohibits the use of radar detectors!

Virginia allows higher speed limits where indicated by lawfully placed signs, erected subsequent to a traffic engineering study and analysis of available and appropriate accident and law-enforcement data. This provision allows speed limits of up to 70 mph (113 km/h) on Interstate highways, multilane, divided, limited-access highways, and express or high-occupancy vehicle lanes if said lanes are physically separated from the regular travel lanes. Virginia has three such barrier-separated facilities: high-occupancy vehicle lanes on I-64 in the Tidewater area, as well as high-occupancy/toll “Express Lanes” on I-495 and I-95, and HOT/HOV lanes on I-395, all in Northern Virginia. The statute also allows 60 mph (97 km/h) speed limits on a number of specified non-limited access, multilane, divided highways.

Virginia law does not prescribe a fixed minimum speed limit, although a statute does authorize the posting of such limits where traffic and engineering studies indicate that they would be appropriate.